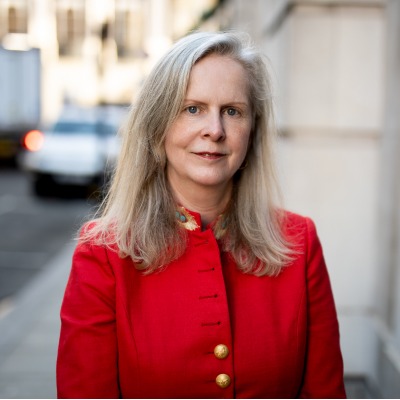 Dr. Susie Alegre is the founder and director of the Island Rights Initiative.

An international human rights barrister, called to the Bar of England and Wales in 1997, Susie’s career has been focused on international policy and public law.  Over the past 25 years, has worked for civil society organisations including JUSTICE (the UK section of the ICJ) and Amnesty International EU Office and for international organisations as well as working as an independent lawyer and consultant.  Her roles have included Anti-Terrorism Adviser to the OSCE ODIHR (2005-2007) and Attache for Governance and Accountability to the EU Delegation to Uganda (2010-2013).  She has also acted as a consultant for the Council of Europe, European Parliament and various UN Agencies and for a wide range of NGOs working on human rights, social justice, the rule of law and accountability.  As an Associate at Doughty Street Chambers and an independent consultant, Susie advises on a range of legal issues primarily related to public law and with a particular focus on the impact of technology on human rights and governance and to human rights in the context of small islands.

Originally from the Isle of Man, Susie has expertise in the challenges small island jurisdictions face in the effective implementation of human rights and international standards relating to governance.  She conducted a mapping exercise on the constitutional relationship of the UK with its Crown Dependencies and Overseas Territories from a human rights perspective with funding from the Legal Education Fund in 2019.  And she has advised CDOT governments on both internal and external constitutional law and human rights issues.  Susie was the Interception of Communications Commissioner for the Isle of Man from 2014-2022.  And she represented the St Helena Equality and Human Rights Commission in a third party intervention before the Privy Council in 2019.

Susie has both advised on and been appointed to a variety of oversight roles.  She was an ombudsman with the UK Financial Ombudsman Service from 2013-2019.  And she was appointed as a Deputy High Court Judge in England and Wales in 2021 and as a Member of the Commission for Control of Interpol’s Files in 2022.

Widely published, she has written for academic journals and national and international media on human rights, public international law and related themes as well as many policy papers, reports and technical publications.  She is the author of Freedom to Think (Atlantic Books 2022).